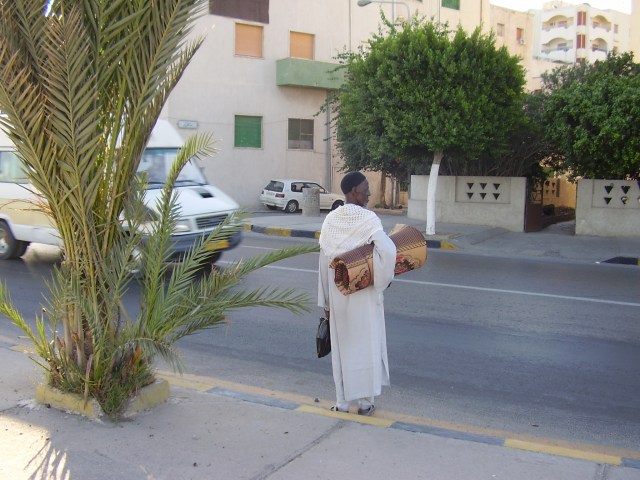 How does the African Negro relate to the American Negro? This theme has been discussed in essays of James Baldwin and continues to be an interesting theme especially in the context of the February 17 revolution in Libya.

On the occasion of the second inauguration of US President Barack Obama we went through the “I Have a Dream” speech of Martin Luther King Jr, which has served as an inspiration for millions. Video: “I Have A Dream” by Dr. Martin Luther King, Jr.

On a quiet evening in Mississauga, we went through some excerpts of the essays of the great writer James Baldwin which have the spiritual energy of protest literature.

I first came across Negroes when I started staying in Tripoli in 2003. The San Francisco church at Dahra was the place where my friend, a Nigerian football player Carlos, opened many different worlds to me. This started a journey which has been full of richness and discovery. During the turbulent upheaval of the Libyan chapter of the Arab spring in 2011 there were many indiscriminate killings of workers from Sub-Saharan Africa and the question of race comes forward again and again in Libyan Arab society.

What can one learn from the writings of James Baldwin, who began as a boy preacher in Harlem, in a writing style clearly marked by the rolling-voiced, call-and-response excitment of the African American church? Having seen the energy of the African choir in Tripoli’s churches makes one feel that air of excitement.

Readings from “Notes of a Native Son”

“But as for me and my house” my father had said, “we will serve the Lord”. I wondered, as we drove him to his resting place, what this line had meant for him. I had heard him preach it many times. I had preached it once myself, proudly giving it an interpretation different from my father’s…..All of my father’s texts and songs, which I had decided were meaningless, were arranged before me at his death like empty bottles, waiting to hold the meaning which life would give them for me. This was his legacy: nothing is ever escaped. That bleakly memorable morning I hated the unbelievable streets and the Negroes and whites who had, equally, made them that way. But I know that it was folly, as my father would have said, this bitterness was folly”

The essay tells about acceptance and injustice, of equal power and to fight against injustice with all one’s strength. This fight begins in one’s heart which one has to keep free of hatred and despair. The moral force of keeping oneself free of hatred and despair have been the underlying message of many fighters for justice ranging from Thoreau, Tolstoy, Gandhi, Martin Luther King and are as relevant in present times as then, especially in societies like Libyan Arab society which is undergoing many changes.

The essay ends on the introspective note….

“This fight begins, however, in the heart and it now had been laid to my charge to keep my own heart free of hatred and despair. This intimation made my heart heavy and, now that my father was irrecoverable, I wished that he had been beside me so that I could have searched his face for the answers which only the future would give me now.”

Stay in Tripoli, Libya, opened the theme of the African Negro to me. The community work of the Nigerian footballer Carlos, be it the making of papers for persons caught in prison or illegal immigrants trying to cross over to Europe from North Africa opened many windows to my otherwise cocooned existence. The church was where I came to know of many such stories. Another interesting person was the driver of a prominent diplomat who helped drive him across to Tunisia and then was sent back to face the turmoil and also negotiate the various layers of health care system dealing with his renal disease.

The essay tries to interrogate the question of what an African, facing an American Negro sees, but says it is too early to tell with what scars and complexes the African has come up from the fire. It ends with the hope of reconciliation and fusion to survive the wilderness of pain and hatred.

Remembering some interfaces which the African Negro has to face made me recall an afternoon at “The Peace Lab”-Halfar Malta and the work of Father Mintoff and some conversations at the Art Gallery of Mississauga on the occasion of the 50th anniversary of Jamaican independence.

Of journeys and fathers

In remembering spiritual fathers of protest and civil liberties movements, and the different journeys which African Negroes have to take in the context of the turmoil of transition in present day North Africa, we reflected on the message of hope and the fight to be free of hatred and despair while going through the passages of James Baldwin.

President Obama had to make this Eulogy for Charleston

massacred in what is said to be a hate crime.