Some meals, night shots and journeys

Look at the city when it is asleep..A gift of Night Photography. 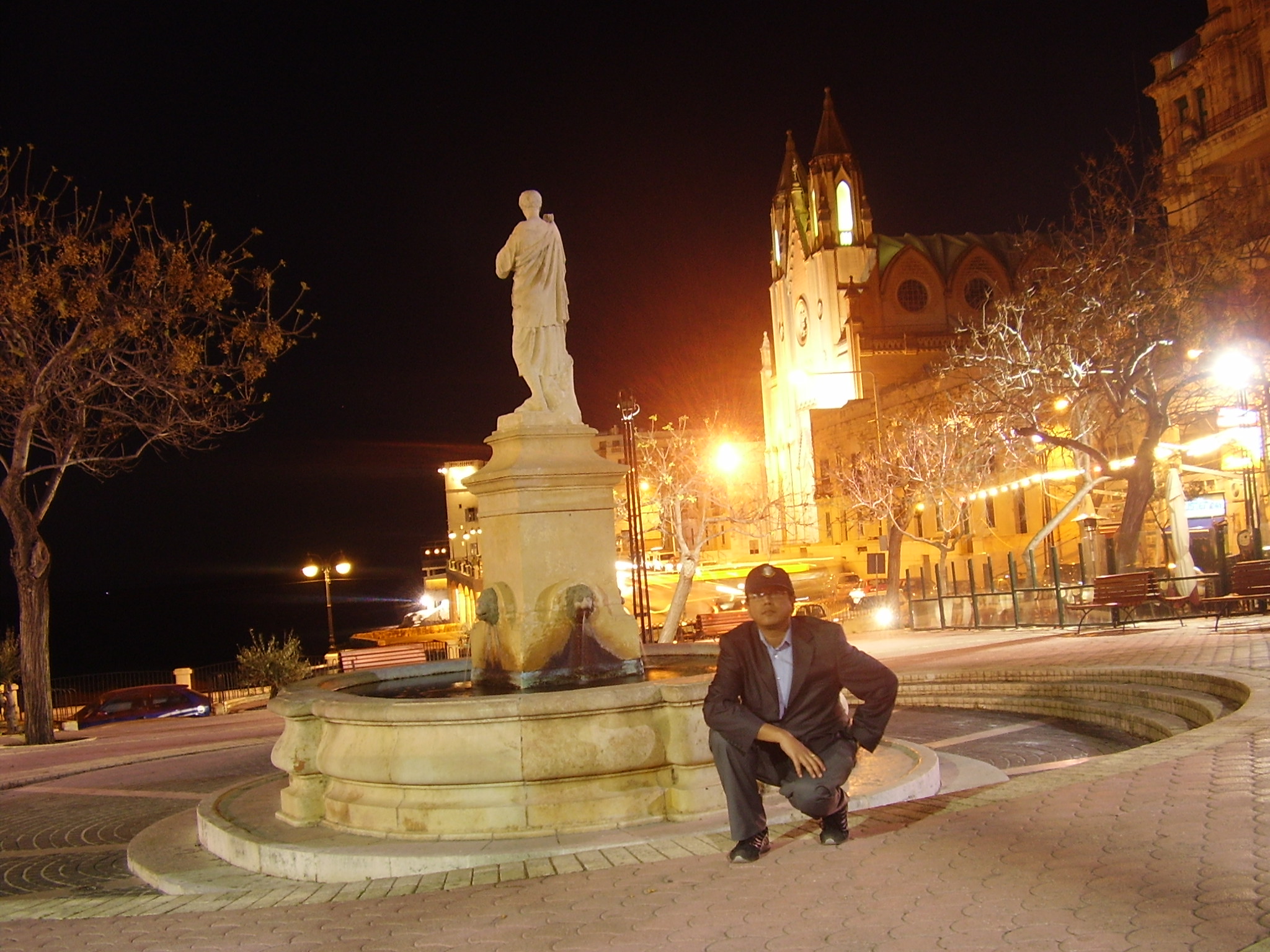 While packing to prepare for another trip, I was sorting out some of my old papers and memorabilia. “You have a museum in your house?” one friend once asked me, half appreciating, half scolding.

Not exactly a museum, but a collection of very interesting things gathered through the journey of life. Road running was one of my first hobbies. And collecting stones from the hills where I would go for my morning runs was an interesting thing. The stones look so fresh after the rains. Going to collect them in the early morning, the fresh scent of wet mud, the breeze coming from Parvati temple, and the Sinhagad Fort of the Western Ghats at a distance, all made a rich milieu and a lasting impression. It all started at Lullanagar, Pune where I first started going for walks and runs, started collecting things, and writing notes, listening to poems early in the morning on current events, written and recited by an unknown poet.

Mrs.Barbara Pinto wrote to me from Lullanagar-Pune yesterday, and told me she has joined the Pune Jazz club. The Pune Jazz club meets every third Sunday. So, next time I go to Pune, it should be around the third Sunday. She talked about the baking at Christmas and the carols and concerts. The fragrance of baking. Another motivation to go there. Catch the night bus from Dadar, Mumbai, after a night show at Chitra or Hindmata, reach Pune in the early morning hours and have a nice Bun-omelet at the Irani restaurant near East Street. The early morning hour before the city awakens.

This gift of the early morning hour from running up the hills or sometimes on the lonely streets gives one a window into the life of the cities, in a very different way. Look at a city, before it awakens. The same East street where I would run as a teenager, I had Bun-omelets in the early morning hour.

“You are a loner” my father would tell me on my road running habit. Maybe yes, Maybe not. But Chekov can be a more interesting companion than the usual routine—“How are you …Everything is OK” pleasantries.

Reading some of Chekov in a quiet garden is better than these soulless talks.

At the Museum of Fine Arts-Malta-March 07

Running, walking, finding beautiful lovely friends on these journeys One is never alone here. The road is always there, as a companion and teacher.

Collecting stones, making notes and keeping logs is an interesting and enriching exercise. The diaries I started keeping regularly over a quarter of a century ago, started with the running logs I would keep, training and watching the progress on the roads of Delhi cantonment. As I opened some boxes to get hold of some lists of Exposure settings in different light conditions to be further studied, I came upon a Meal Log Sheet which I have preserved.

This was when I was living in Inder Enclave of North West Delhi, having taken a small apartment on rent near the MRI Centre where I was working to avoid the daily morning traffic snarls. There were a few difficult days when I tried out the local Chinese restaurant or the Channa Bhaturas, which aggravated my Gastritis and Reflux a lot.

But God sends his angels.

There was a lady who would send me meals. She ran a tiffin service for the relatives and patients admitted to the nursing homes in the colony. I never met her, but we talked on phone several times, and even today, if I ring her up, she will recognize my voice. “Doctor! I am sending the meals soon” she would say. Lovely rice, vegetables, dals, different types of breads, rotis-parathas. I gained a lot of weight in those months. But she was one of the best cooks I have known and my gastritis was better. I have kept the log sheet of the meals sent by her, which I would keep to have a track of the payments to be made. Opening the box looking for the chart on Exposure settings (for the coming spate of night photography in Malta) I found this lovely log-sheet which reminded me of some nice meals I had, over three years ago. God Bless Her.

There are some other interesting people who have given me very interesting meals. A Serbian electronics engineer Viktor who is also an expert cook and has a tremendous knowledge on wines set up a lovely restaurant at Gzira Strand, Malta, where I first met this wonderful man. Knowing him made me realize a little bit more of how intelligent the Human species is. One of his talents includes being able to talk with his cigarette in his mouth. Last I met him, he has taken to the sea, being the Navigation and electronics expert of a ship sailing across the Mediterranean.

“My house in Southern Serbia is very beautiful. People talk about Switzerland. Well this place is also lovely.” he told me. “But Kosovo is very close. No future for my children.” He shifted to Malta eight years ago, and has found a new life here. “I am planning for Corsica next” he told me one quiet evening, talking with his cigarette in his mouth. 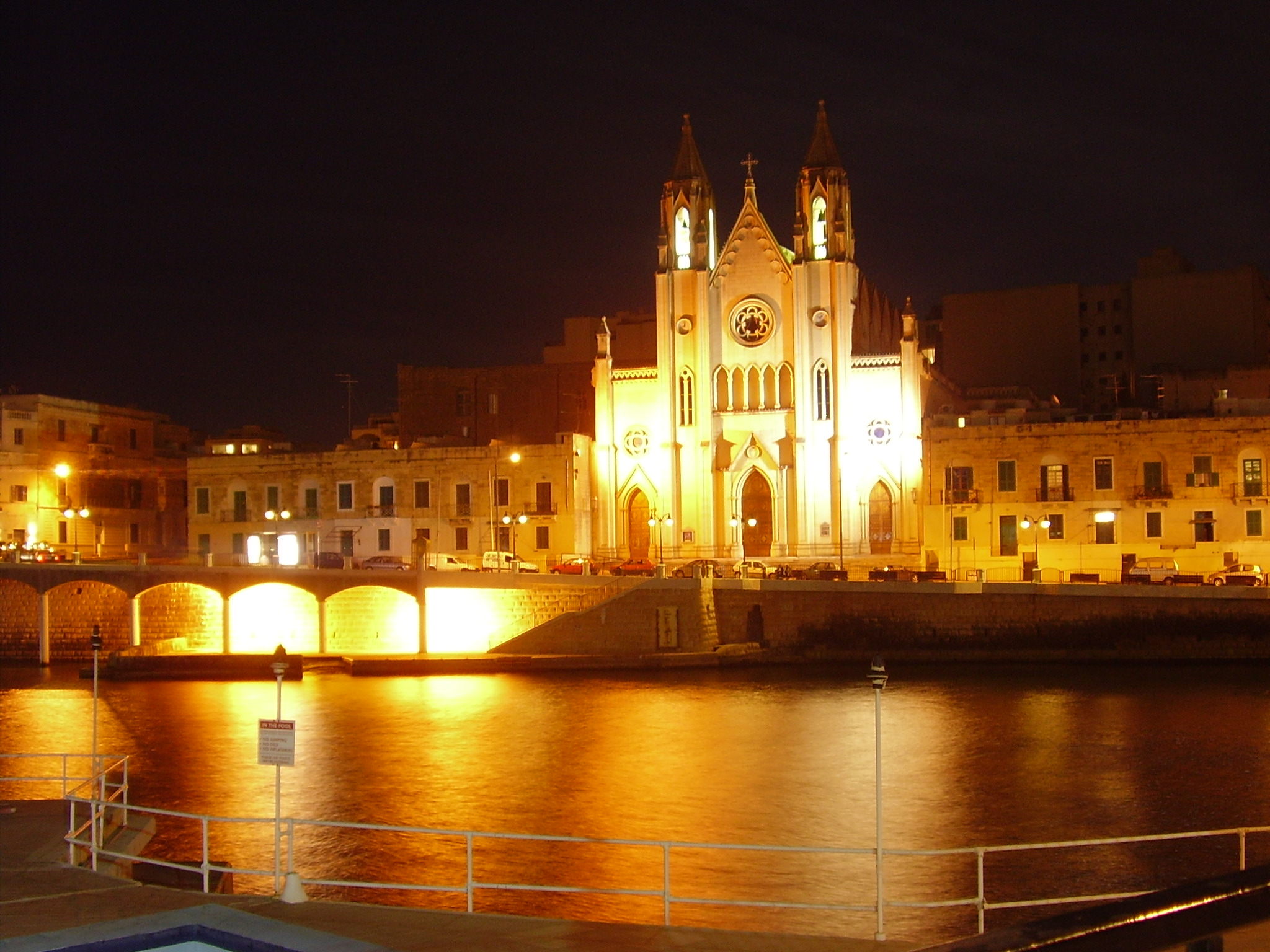 Another interesting person was Lucy of Sliema, another expert cook, who specialized in soups and salad. Her recipe to get over a hangover-“Two drops of lemon on the back of each ear.”

As I was packing some of the things, I looked through some of the Video libraries I have created and smiled while listening to those conversations.

“You are going to kill me” Lucy scolded the doctor who told her to stop her whisky.

“After a meal, I have a whisky with lemonade.” She said.

Last time I saw her was at Sir Boffa hospital.

The night shot of this Church at Ballutta is where they said the last prayers for Lucy. Her spirit lives on. Her recommendation of the two drops of lemon, behind your ears, works for hangovers.

“The journey of life, is not easy for those who go through it alone” said one old friend.

To that I remembered Ruskin Bond’s great words…

“Life has not been a bed of roses, but I have had some roses out of season”

No! My house is not a museum, but, it has some very interesting collections, of the Family of Man.

A psychologist, interested in mindfulness practices. I practiced medicine as a radiologist for 23 years in India and Libya as a radiologist before shifting to Canada. A regular diarist, journaling since 1983 Reading journal : gracereadings.com
View all posts by prashant bhatt →
This entry was posted in Learning, life, photography, Walks and tagged Family, life, Malta, Meals, Mumbai, photography, Pune, Reading, Running, Travel. Bookmark the permalink.