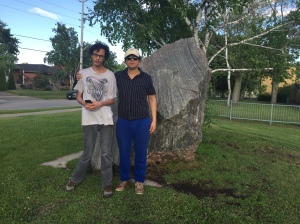 Going for walks, being part of museum societies and professional groups has been a part of the legacy handed down to me by my father. Around Father’s day, went for a walk to Port Credit area, and took my son to Graydon rock- and we reflected on some of the walks- actual and intellectual – we have been through the years, remembering the time- when he first joined the Gordon Graydon school in 2014.

Being part of the Indian diaspora, there were some seniors in Libya, Malta, who helped us walk this path, and in listening to their stories, experiences, we learned directly and indirectly how to navigate the different layers of life in different continents.

My father, a military doctor, who served in the Indian army for 33 years, used to meditate daily-two times a day- for 20 minutes minimum each session. This was the discipline passed on to him by his father- and seniors. One of his colleagues told of meditation being like holding the Bow in tension, so that the arrow is launched. These meditations he told of, initially in the time of our morning walks in Lullananagar-Pune, and then we went for walks to hill temples around Shimla, Rishikesh, Srinagar.

THE RIDGE OF SHIMLA.

As we walked to the Ridge from Upper Kaithu Bazaar, via the Kali Bari temple, my father showed me the school where he had studied as a child- in British India, before he shifted to Delhi for his pre-medical studies. The Ridge in Shimla and our walks to Jakhoo temple- have been part of our family memories. 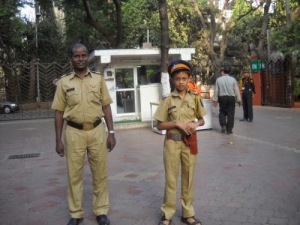 In Port Credit, as we walked the waterfront- to sit at Ben Machree Trail, we went through Chris Bonington’s Quest for Adventure.

In this book- Bonington has written about the wide spectrum of adventurous activities , he wanted to see what they have in common, not so much in motive-the why of it- but rather the how.

In studying what took place in an adventure, be it an attempt to row the Atlantic, cross one of the Poles, or climb a mountain, the reasons for doing it emerge on their own.

1-Involves a journey or a sustained endeavor

3- The risk involved is something that an individual chooses to do and threatens no one but himself.

One of the things I learned from my father is to design a living, life, library , legacy in many ways, right from early childhood. In starting the Home Library with an encyclopedia, he imbibed the love of the written word in us. In going for walks, we learned different facets of nature. The legacy of the Home Library is a living manifestation of what my parents started in the early 1970s. To that we added the Art society and Museum society literature to add depth and understanding

This frontier was a result of technological coordination and discipline. This could not be achieved in a default mode. We have read different chapters from this book, and around Father’s day- we again went back into the moments of this Giant Step for Mankind

“That’s one small step for a man, one giant leap for mankind,” he said for the benefit of viewing millions. The perspective was unlike anything one could imagine on earth. The lack of atmosphere meant that there was no different in clarity between a rock a few feet away and one on the far horizon; it was a world of extremes, of a black sky and brilliant white sun, of shadows as sharp as a cutting edge.Buzz Aldrim came out to join Neil Armstrong. With the mind of an engineer, he sought to analyze his visual and tactile experience :

I immediately looked down at my feet and became intrigued with the peculiar properties of the lunar dust. If one kicks sand on a beach, it scatters in numerous directions with some grains travelling further than others. On the moon the dust travels exactly and precisely as it goes in various directions, and every grain of it lands very nearly the same distance away.

Who has influenced you most in the area of values? Try to recall as many of the people as possible and write their names here. Then write the value or character quality they encouraged you to adopt.

As I remember the meditations, walks, disciplines of my father, around Father’s day, I remember the way he used to keep revision flash cards and lists, and built libraries.

These I saw him make for his exams, the notes on important drugs and diseases.

I have applied these in my own readings- and studies. Read the subject and topic and find out what the main points are. If one does not have a clear understanding of these, you will not be able to practice the subject.

Then give it your best shot, and revise these regularly

As a professional, he used to make lists. I find copies of these lists, in our family home in Palam even today.

These I refined into making Check Lists.

Check list is a list which you will go through at the conclusion of any task, as that will give a closing of the loop.

Try to cover all the important bases of a particular topic.

In our on-going Garden program (2020-June) we got a tree from Sheridan Burnamthorpe, with the help of Naj. As the previous tree had not been healthy in the same spot, we made a detailed note of what went wrong.

1-What do we have

We have a tree, and an area to plant it, with shovel, soil, nourishing mixes and edges-to give proper boundaries to the planting area

At present- the clearing of the weeds had to be done

Also a review of the past failure of having a healthy plant there- makes us believe that there was water logging, leading to root stress.

Stress to the plant can be due to lack of water or too much water.

Given the soggy soil which I saw as I tried to dig, I think the reason was Water Stress

Do not repeat the mistake of Novice Gardeners- Planting too much too soon.

So – around this tree, will have a clear zone and not plant any tree or plant in the proximity.

1970s- I saw him make lists of drugs and main diseases, their interactions and indications

I saw the same application in my Teachers- for example the English teachers divided the subject into grammar, comprehension, writing assignments and essays and then made us work through the exercises so that we grasped the subject

1980s- As a family we moved to Northern India-Delhi after many years in Western India-Pune. In this time he guided us through our high school, college years.

I see the same application in the phase of my sons, now in Ryerson-2020, after having worked through the Peel board-2012-2018, after two years in Malta

A NOTE ON LIBRARIES-MUSEUM SOCIETIES

The journeys which my father helped me start by taking me to museums, building libraries and expanding my horizons, I continued with my sons.

This led to us become members of institutions such as the Ontario Science Centre. In this we saw different aspects of the manifestations of science

A NOTE ON PITFALLS

tested daily by those who do not embrace them.

1-Negative people may discount you when you display a positive attitude.

3-And those whose priorities are different from yours will try to convince you to follow them or make unwise compromises.

Steering clear of such people, was one of the things my father taught me. In avoiding unnecessary

arguments and getting to a proper well thought out agenda, and then following it up is one of the ways

Having a small note book to review and reflect on values, lessons learned, application points for follow-

up is a great thinking companion which gives Focus.

Ben Franklin used to get up in the morning asking himself, “What good will I do today?” When

he went to bed, he asked himself, “What good did I do today?”

at the Art Gallery of Ontario