The home library, parenting,walks marked some ways to further inroads into North American society this year.

Refined the Thinking places- and used two park – areas for walks for this purpose in an intentional manner. Apart from Riverwood, Port Credit areas of Mississauga, Wilket-Edwards-Central Don river area of Toronto and the Dundurn area of Burlington Heights-Hamilton were some of my favourite thinking places.

The Global leadership summit conference of 2018 introduced me to the works and thoughts of the restaurateur Danny Meyers.

The closest I have personally seen/known someone like Danny is Ismail bhai of Safir restaurant Tripoli, and remembered the many meals and discussions we had in Safir.

The talk about –Setting the Table- by Danny Meyers, which I saw in the Portico Church of Mississauga, in August this year led to his book, which gives many interesting insights into the world of restaurants and hospitality. Anthony Bourdain’s-Kitchen Confidential is another addition to the home library, which adds many valuable insights into the world of hospitality.

One of the first books of the current home library, which I started gathering in Tripoli in 2004, was –Quest for adventure- by Chris Bonnington.

Having been part of formal and informal book and reading clubs for almost thirty years, I found the Everest Analogy a very useful tool to explain some things to a friend from a different civilization and cultural background, who is finding roots in North American Canadian society.

While the conversations are private, the analogy of Everest did work out well to drive in some truths.

This year, my younger son Sahil graduated from school.

Parenting is an activity, which helps one evolve into a better long term thinker.

After 18 years, one is not very sure whether one’s boys, having grown up in different parts of the world have the skills to navigate the many mazes of Canadian society.

Weekly Gazette ..I use this weekly write-up as a tool to define the frameworks under which we can cooperate and grow together. In this we discuss many aspects of family life. Many of these are private and sensitive. This month-and year, mark the 100th year since World War 1 got over.

There was a special article on the history of St.Edward’s college-the buildings were a military hospital which treated the wounded from World War 1.

The article also told about Sister Violet Briffa, who later became matron of the college till 1965.

Is there a magic about a designated thinking place?

But if one has a designated place to think and one takes the time to go there to think, there is a better chance that one will go beyond the clichés and I-am-fine-thank-yous and see the underlying processes, nuances and details which deepen one’s humanity.

Grief is a Journey…Went through this book by Keneth Doka, and it has many interesting points for application for persons who are going through any major transition, transformation or change.

This evolved with trips to 1000 Islands where we stayed in the historical post office. The post man would visit the residents of the 1000 islands and was an important person during the wars of 1812-14 as he knew the place very well. 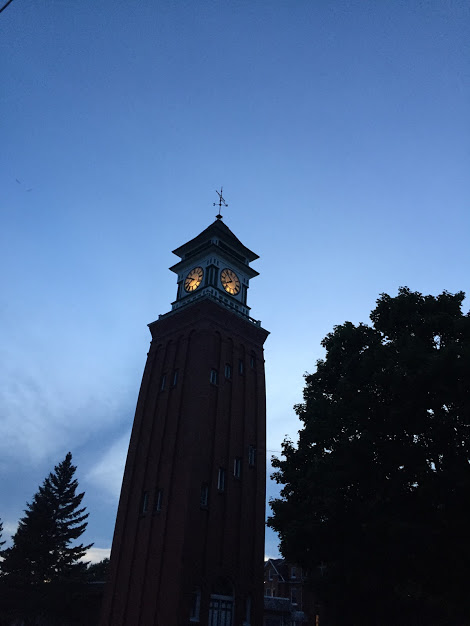 THE HISTORICAL SOCIETIES..reminded me of similar societies, Reading Groups and Every day History Societies we used to run in Tripoli-Libya..to collect, preserve, disseminate objects relevant to local history. The Diaspora in Arab world

Here, we walked, talked through important family issues with three generations and their own unique takes on the way they see life in North America.

The Day we ferried in 1000 islands area-the American flags were at half-mast in memory of Senator John McCain. Listened to the BBC podcast-the life and times of John McCain,
https://www.bbc.co.uk/programmes/w3csxljz

LETTERS TO LOVED ONES WHO HAVE PASSED AWAY

This tool –has been further refined over the years.

This year, I often wondered what my parents would have told me, in a situation and country which does not easily recognize foreign educational credentials.

But I held on, as one can later re-integrate many things.

ITALIAN WRITER-LEONARDO SCIASCIA …Born in Racalmuto-the sister city of Hamilton-Leonardo Sciascia  published Gli zii di Sicilia (Uncles of Sicily), which includes sharp views about themes such as the influence of the U.S. and of communism in the world, and the 19th century unification of Italy.

The sculpture of Italian writer Leonardo Sciascia.
Reminded me of the statue of writer Manwel Dimech-of Malta, in Valletta

Walks will continue, as one learns to work around various issues

A doctor in Imaging, photographer, writer likes to read and travel. A regular diarist, journaling since 1983 Reading journal : gracereadings.com
View all posts by prashant bhatt →
This entry was posted in Diary, life and tagged Canada, Indian Diaspora, Walks. Bookmark the permalink.