Outside the Frame-Notes from my Reading journal-2017

Overland from Cairo to Cape Town-page 311

“This is how I want to get old,”said Lena, “with spirit like Miss Carrie’s. Connected, engaged. With people of every age,. Even the ones who are dead”

The Character Lena- in Frances Itani’s book- Requiem which was featured in Mississauga Library system- as part of One Book-One Mississauga, discussed in Central Library-on Sep 25,2017 as part of Canada 150 celebrations.

A reading journal is a great place to go back to, and refine expand shape our thoughts.

In the previous blog-we looked at some museums and galleries which we intentionally  developed as “thinking places”, ranging from Bradley Museum of Port Credit Mississauga, to the Art Gallery of Hamilton, to the galleries and many fine special exhibitions of Royal Ontario Museum

Retelling the Stories of our Community-Museums as Thinking places

On reviewing my Reading Journal of 2017, in which I have kept reflective notes on the courses seen together with my sons, the thinking places and museums we visited to shape –refine our thinking and the reading places- like Naturalization zone near our house, Riverwood- Port Credit-Edwards Botanical gardens where we went and read and discussed, I remembered similar discussions we used to have in Tripoli under the auspices of Tripoli reading group.

A Reading Journal is a fine way to develop Big Picture thinking.

In his book –Thinking for a change- John Maxwell writes that Big picture thinkers realize there is a world out there besides their own, and they make an effort to get outside of themselves and see other people’s worlds through their eyes. It’s hard to see the picture while inside the frame. To see how others see, you must first find out how they think. Becoming a good listener certainly helps with that.  So does getting over personal agenda and trying to take the other person’s perspective.

Reading a Novel- Novels have great lessons to teach about life. The reading of a novel is like the knowing of a person, place, situation, and helps develop long-term strategic and big-picture thinking.

If one intentionally keeps a Reading journal- to see what life lessons specific to one’s context are there in a piece of writing, the returns of reading are compounded exponentially.  As I attended the Book Club meetings of Mississauga Library system, I found that some veterans who had been attending such meetings for over a decade, saw me keep notes, and lamented the fact that there were no such notes of their many meetings over the past ten years. The Book Club members are very well read, and I found that they could add very interesting insights and expand one’s way of looking at seeing a literary work

The March discussion was on Paul Theroux’s – Great Railway Bazaar. Many people consider it a classic in the genre of travel writing. The first part of the route, to India, followed what was then known as the hippie trail. It sold 1.5 million copies upon release.

In 2006, Theroux retraced the journey, finding that people and places had changed, and that while he was famous for his earlier work he was not recognised in person. His account of this second journey was published as Ghost Train to the Eastern Star. (Wikipedia)

I expanded my own participation in the Book Club, by going through another work by the same author. For this I picked up –Dark Star Safari-Overland from Cairo to Cape Town.

In the book club discussion on Great Railway Bazaar, we had asked each other if we had been to any of the railway stations described in the book. I remembered my own trips to Istanbul from Tripoli. In my childhood, I have been on the narrow gauge train from Kalka to Shimla many times. Our family used to stay in Upper Kaithu Bazaar, Shimla, before shifting to Delhi region.

In reading –Dark Star Safari- I remembered my own trips to Cairo, and having lived in Africa (Libya) for long, the note on Nurse Una Brownly struck a deep chord.

Theroux met many interesting and important people in his overland journey through Africa. 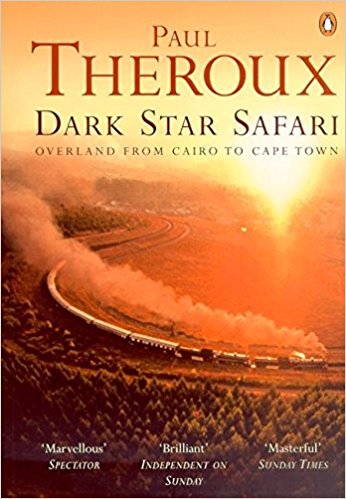 Theroux writes about his admiration for Nurse Una Brownly, a long-term medical worker in Africa for her humility, one of her greatest virtues being that she was unaware of how virtuous she was. She had not uttered a single word of sanctimony

She had no idea that I was a writer. Her sympathy was tempered by realism, yet she had not complained about her fate. No Malawian nurse or doctor would have gone near this public bus, nor taken a 3 day trip from Livingstonia to Lilongwe.

My soliciting her opinion on charity work in Africa seemed to amuse her, for it is a characteristic of the long-term expatriate health workers in Africa that they do their jobs without complaint or cynicism. (Page 311- Dark Star Safari-Paul Theroux)

On being pressed that so little had changed, this is practically the same country I left 35 years ago, maybe worse, the government doesn’t even care enough to help you, she replied

This was too broad a subject, she said with what seemed like hesitation but something that was actually a statement of fortitude..It’s just – light a little candle”…she went back to watching the road ahead, for we had entered the outer villages of Lilongwe District.

PERSPECTIVE NOTE- Having worked in Health sector in Libya for long, I came across many expatriate overseas workers who engaged with the local communities and served them for long. The Churches of different denominations in Tripoli –Benghazi region provided a platform where workers from different institutions could meet and exchange notes. The work of some businessmen in keeping the supply lines of medicines and reagents to run Dialysis centers gave a different window into the many facets of reality.

While we used to stay in capital Tripoli, where things were better, some of my colleagues opened my eyes to more harsher conditions in the interiors, where the facilities were worse and the rule of law was not existing even in more stable times of the previous regime.

At present, the dinar is trading at over 10 to a dollar.

I talked to workers who have come away from Ibn Sina of Sirte – after it was run over by Daeish.  These workers found work in Tripoli, Ras-al-Anuf, and Misrata, trying to piece together the different threads of their lives.

The way the managers of some clinics treat the expatriate health workers reflects Brinkmanship –Take it or Leave it, probably the managers assume that these workers are staying here in such difficult circumstances, so they do not have better options.

From the worker’s angle- once one leaves one’s country, one has to work through for at least some period of time, before changing course, otherwise, all efforts will be wasted and come to naught. 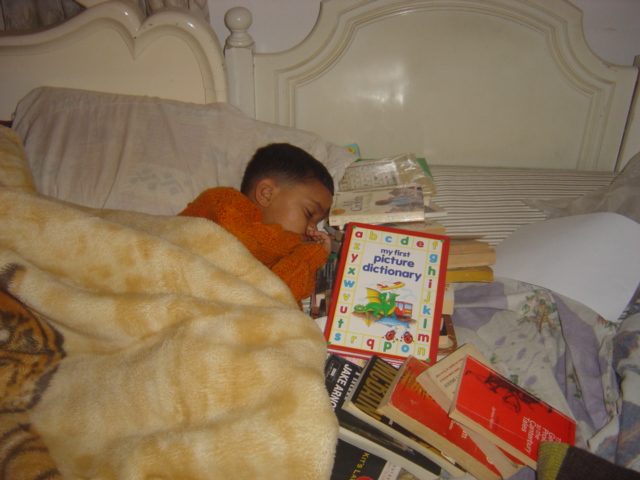 “Apart from the known and the unknown, what else is there”

Lenny ..In the Home coming 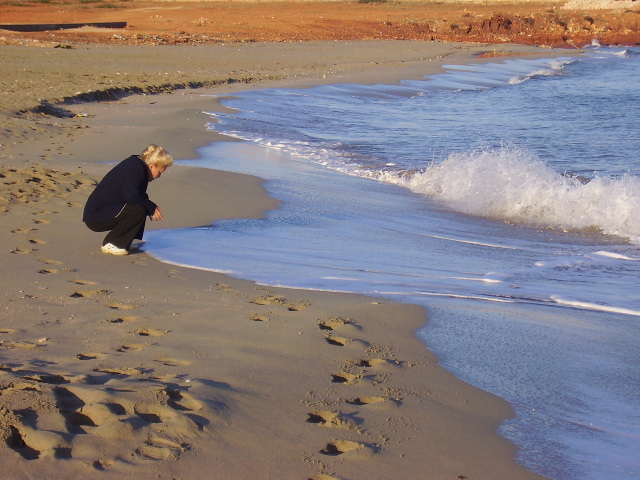 Cyrene lies in a lush valley in the Jebel Akhdar uplands. The city was named after a spring, Kyre, which the Greeks consecrated to Apollo. It was also the seat of the Cyrenaics, a famous school of philosophy in the 4th century BC, founded by Aristippus, a disciple of Socrates. It was then nicknamed the “Athens of Africa”.(Wikipedia) 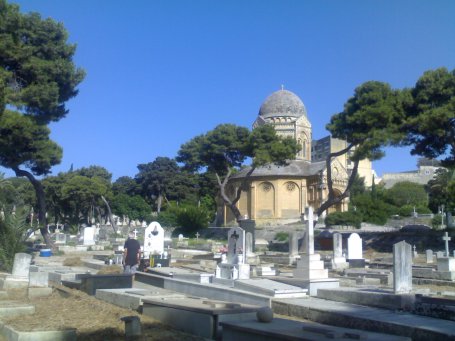 The whole work recounts Arthur’s attempt and failure to lift up mankind and create a perfect kingdom, from his coming to power to his death at the hands of the traitor Mordred. (wikipedia)Click here to read full post https://wp.me/piL5Q-bS

2011-Evacuations in Tripoli-Touch and go 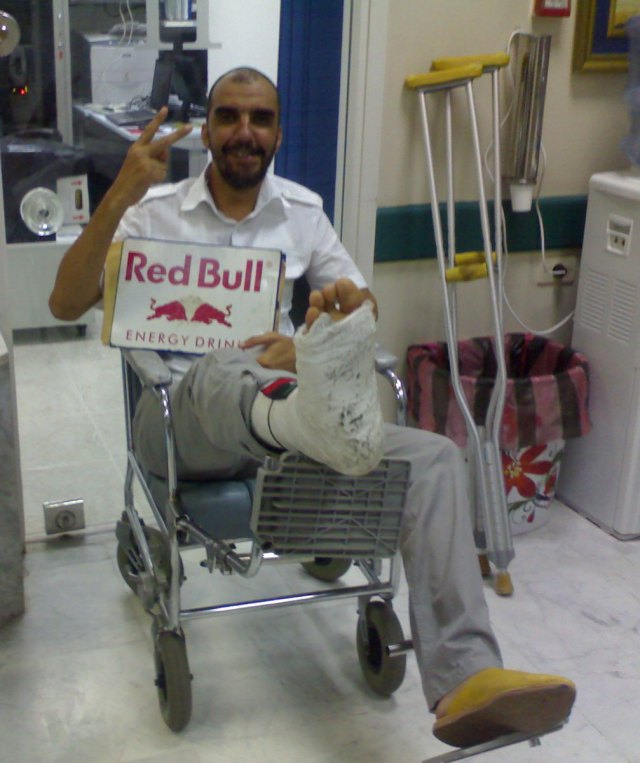 “ Miss Addams understood why each person had become what he was.

From –Touch and Go-Studs Terkel’s Memoir

One man may not kill. If he kills a fellow-creature, he is a murderer. If two, ten, a hundred men do so, they, too, are murderers. But a government or a nation may kill as many men as it chooses, and that will not be murder, but a great and noble action.

“I keep doing the same thing again and again and expect different results,”

We all start by laughing at the Don, we end by recognizing ourselves in him 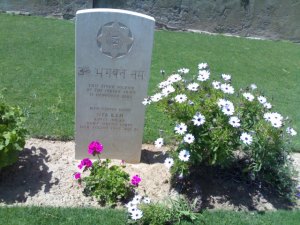 Although Khatyn, by  Ales Adamovich was a work of fiction and Alexievich was a journalist, the method of closing one’s eyes to monument and listening to voices until the ruins underneath begin to move was the one that she made her own.

Summary of the present situation in Libya

Shafshoofa-in Libyan Arabic was used to imply the Dictator-Gadhafi who had long hair-some said-full of lice. Shafshoofa Maleshi –became one of the most popular slogans of the Libyan Revolution of 2011

Shakshooka– In Local dialectic, this implies the chaos, “salaata” which has come to define our region with power cuts, hospitals running out of supplies, no proper schools,

A psychologist, interested in mindfulness practices. I practiced medicine as a radiologist for 23 years in India and Libya as a radiologist before shifting to Canada. A regular diarist, journaling since 1983 Reading journal : gracereadings.com
View all posts by prashant bhatt →
This entry was posted in Diary, Reading Journal and tagged Canada, Canada 150, Mississauga, Reading, Tripoli Reading Group. Bookmark the permalink.