One with Beauty-Remembering Ansel Adams

“I believe in beauty. I believe in stones and water, air and soil, people and their future and their fate.” This was the personal philosophy of the great American photographer Ansel Adams whose birthday falls on February 20. He developed the zone system, a way to determine proper exposure and adjust the contrast of the final print.

My photography teacher of School of Fototechnik Delhi, Mr.Tirtha Das Gupta,(TDG) LRPS, tells that there are three things in the modern world which one has to know if one has to survive. Cooking (he is not married), driving and the third one-an obvious answer coming from a great photographer-Photography.

When I joined his course(Sep 2005)  I thought the third one-Photography- was a bit of an exaggeration. We can all survive in the modern world without photography. That is what I thought when I first heard this from TDG, sitting in his school of photography at Bhogal, New Delhi, waiting for the first lecture to start.

That was when I first heard of Ansel Adams, one of the pioneers of photography. Over the years I have realized that photography is a very useful way to grow as a human being, to not live a mechanical ‘animal’ existence, to refine one’s tastes and to be one with Beauty.

Over the years, I have had the good fortune of knowing some masters first hand (they are not all famous-but that does not diminish them as artists) and also studied the works of some great photographers. One of them, studying whose work, approach to human life and the planet helped expand my own horizons beyond the office-to-house-house-to-office world, is Ansel Adams.

There was a phase when Ansel Adams was deciding whether to become a musician or a photographer. His interactions with the photographer Paul Strand made him decide decisively towards photography.

Most creative people are strongly humanistic. Artists must be free to create and offer the products of their imagination and emotion to the world. They resent the restrictions of the unimaginative-the impulse to take, consume and produce little except material things, and to profit thereby.

Strand took active interest in the American Communist movement during the 1930s. His teacher at New York’s Ethical Culture School had been Lewis Hine, the great photographer who documented America’s new immigrants earlier in the century. Paul, following the lead of Hine and many other New York artists, was what is termed “leftist-leaning.” Paul fervently believed that pure socialism was the best hope for mankind.

The happy and optimistic Paul that Ansel Adams first knew in the 1930s became morose because he no longer believed in a healthy future for America, Strand moved to France in 1949. He chose not to live and work under the impending fascism toward which he believed America was headed. Luckily, he escaped the witch trials led by Joseph McCarthy that horribly scarred the lives of many American artists 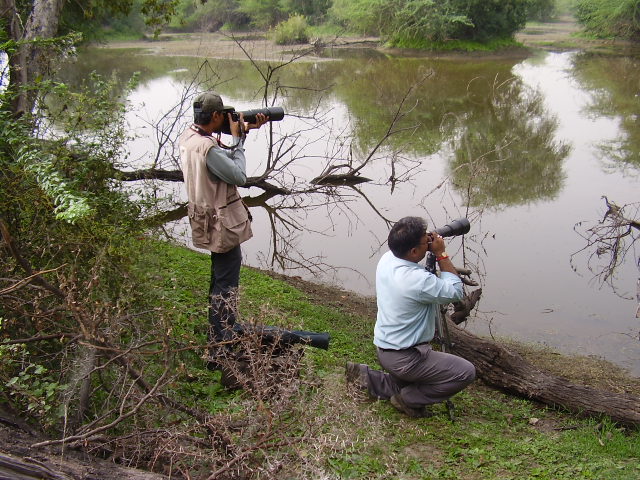 A Long Shot-TDG and Amit Gangal

Ansel Adams was associated with leading artists, critics and was one of the founders of the Conversation movement, long before anyone had heard today’s vociferous debates about Global warming. In this sphere too, just as in the case of the impending disastrous policies which they foresaw, they had anticipated by several decades the coming decline.

In his association with the critic Beaumont Newhall with whom he  established the first ever Department of Photography in the Museum of Modern Art he began to see how the reconstruction of a work of art in terms of its time, its development and function, and its relations to the history of art became in a very positive way, a creative expression in itself. In this too there is a lesson for all, in whatever walk of life we engage in.

He ends his Autobiography with the following words-talking about the human spirit.

The only things in my life that compatibly exist with this grand universe are the creative works of the human spirit. After eighty years, I scan a long perspective. I think of a mantra of Gaelic origin given me fifty years ago by Ella Young. It echoes everything I believe:

I know that I am one with beauty

And that my comrades are one

Let our souls be mountains,

Let our spirits be stars,

Let our hearts be worlds.

The apprehensions of the great photographer Paul Strand who had an important influence on Ansel Adams at a decisive phase of this artistic career are probably truer today. With these lines of thinking it does not take much guessing to know what artists like Paul Strand or Ansel Adams would have said about the present day American policies. They had foreseen this impending doom by decades. Artists have a higher sensitivity.

SWEIQI MALTA 2011 The valley between Swieqi and San Gjwann..On the way to the Indian Community Centre, Malta

LANDOUR -MUSSOORIE 2006 Jesus Died for our sins-Cross in Landour, on way to Lal Tibba, Mussoorie. If one has a project of “Family Magazine” and Joint journal then such photographs can give a very interesting base. This cross in Landour is seen while walking to Lal Tibba, past the house where the great writer Ruskin Bond lives. It is a pilgrimage to go to these hills.

BILU KEDAR-SRINAGAR 2011 The priest here knows three generations of our family. One of our family members -a young 16 year rationalist challenges these rituals. I quickly revised some definitions of Theism with him

View from Top of Spanish Steps-Rome

Foro Cesar..Forum of Cesar . Built in 51-41 BC. by Julius Cesar after the conquest of Gaulough the Eternal City-Rome

City father of the Eternal City-Gazing down through Time

AFRICAN CHOIR – These brothers are now target of racist attacks

ROM..100 Years..Every object has a story

ROM-EVERY OBJECT HAS A STORY

HAGIA SOPHIA The domes have spectacular light and shade effects

Mosaic. The faces of St John and Virgin Mary are said to be serious as they are asking Jesus to forgive.

WEEPING COLUMN many interesting legends associated. No 30 of audio guide, on the right of the ramp leading to the upper galleries

Turkish countryside, on way from Eskisehir to Istanbul

Returned at Night, to take a different perspective of the same monument. Night photography has its charms

Mevlana Museum, the shrine of Jalaludin Rumi and other important figures of this spiritual movement. The relations between Asia Minor, Constantinople, Europe come alive through the many exhibits related to books, music. The rose garden around the museum is a particularly charming place to sit in the winter sun.

A doctor in Imaging, photographer, writer likes to read and travel. A regular diarist, journaling since 1983 Reading journal : gracereadings.com
View all posts by prashant bhatt →
This entry was posted in Art, photography and tagged Ansel Adams, Art, photography, School of Fototechnik. Bookmark the permalink.

5 Responses to One with Beauty-Remembering Ansel Adams