Posted on December 4, 2008 by prashant bhatt 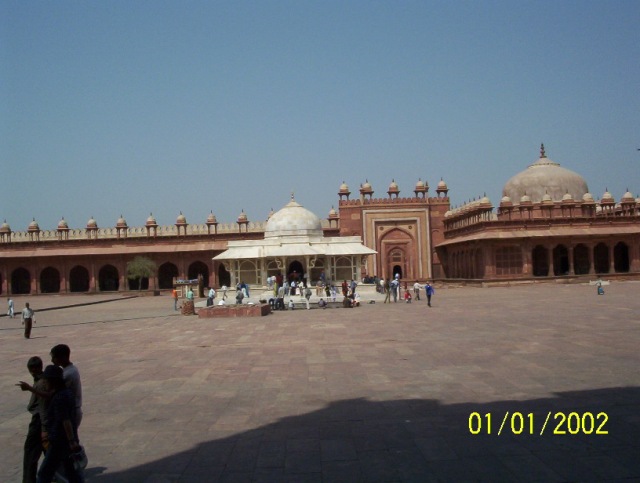 Building bridges between the inner and outer worlds has been an ongoing process for some time.

The book will take you far-Kishan Lal Sabharwal(KLS) -a spiritual practitioner told me over the phone. I always make it a point to contact him whenever I am in Delhi. He has not been keeping well lately. Born in 1929, in Multan, he has lived and grown in Delhi, where he now sees his grandchildren come of age. He has also watched the different currents of the making of the two nations and people. Millions of identities. External currents while he keeps his inner core.

He gave me a simple Five Minute formula-Spend five minutes every morning reading a Chapter from the Gita. On seeing my interest in these things, he even presented to me his personal copy of S.Radhakrishnan’s commentary on the Gita. It says clearly-Special Edition-Not for sale. I show it to my sons-Special edition.  A vehicle which will take you far and also stand you good stead in difficult moments. Thank you KLS

What is the use of talking to you, when you cannot talk about basic day-to-day things, one friend blurted out in frustration at my constant discussions of Essays by Nolini.

Who is this fellow Nolini, another friend asked? Nolini Kanta Gupta was the secretary of Sri Aurobindo Ashram from 1950 to 1983, the senior most disciple and associate of Sri Aurobindo, having been with him right from the Alipur trial days (1909).

Stop it! Came the angry frustrated remark. Enough of Nolini! Do you know him? Have you met him?

No, I replied. At least not on the physical plane. But I know of him through his works, his essays, his diary notes and translations.

I started spending five minutes regularly tidying up some of the tables, windows, back terrace which gets filled with dust…before I chance upon some old notes, books, tales of the different seasons and what they signify in Mountain Folk Lore and the traditions built around them.

Trying to build bridges, and also getting over limitations, trying to open new horizons. For persons who live of their mind, of the written word, the tasks done with the hand, the cutting of onions, the cleaning or the laying down of bricks hold some challenges.

Another thank you to a person who taught me a little bit to work with the hands. I showed some of my sketches with pride.

“Come! I will show you something.” The friend opened some new worlds to me.

There were art works on cloth. Embroidery and stitching. Reproductions and studies of great masters, woven on cloth. I was a bit chastened, and also knew what my next level should be. No more drawings of Leonardo’s “Battle of Anghiari” sketch studies. Got to do something more serious rather than just this.

“Have you ever exhibited these works” I asked.

“No! These are for my sisters, back home in Belgrade. These are souvenirs which I carry back to my family to keep, as I made these sitting alone in Tripoli, thinking of them and weaving the patterns, the various directions of the body parts, the orientations of the different architecture, the different emotions depicted on paper and cloth.”

Some more bridges to cross.  Some more levels to attain.

Went for a 41st birthday jog by the Mediterranean. Remembering some old teachers who taught me the magic of this discipline, opened the magic of the roads to me. The runs up the Lullanagar hills of Pune, the climbs up Jakhoo temple of Shimla, Laxman Jhula-Rishikesh and Gunhill-Mussoorie, Worli Sea Face and Aksa-Gorai-Vasai in Bombay and of course-Kotla and Lodhi of Delhi.

“Loosen up your arms and hands” came the Nigerian trainer’s soft voice.

He was a partner in training, much faster, but humble. Stretches, short sprints, long runs, tackles, markings.He is now in Egypt, helping in training there. But again, I learnt some things about training from him. A person who lives by the football field.

His presence will always will be felt, whenever I loosen up, or change pace on the roads. Feeling the concrete, the breeze from the sea,blending with the early morning baked breads of Tripoli.

The biggest barriers are within oneself. Some writings, studies, art, cleaning, jogging, presentations, self-reflective notes can help clear up some of these.

After that, one can go ahead-trying to further bridge the gaps between the inner and outer.