Some notes on Aesthetics

After registering for a course in photography at the School of Fototechnik, Delhi under Tirtha Das Gupta, in September 2005,  I was exposed to new vistas and orientations, exercises in aesthetics and appreciation leading one to be able to perceive and also go beyond…the pains and pleasures, which escape the rest of mankind.

Logistics is the science of planning and executing an action, usually talked about in terms of military operations. But logistics, planning, and the execution of this can be applied to every branch of living. It is about the beauty of movement, of planning studies, or a race, or going to a birthday party, or a movie-as you went to a few days ago.

These were some of the impressions I got when I observed the artist and teacher, scientist and organizer Tirtha-da as we affectionately called our photography teacher. He binds and represents some of the best elements of artistic and scientific thought, rare to be found in one single individual.

Coming to the definition of Aesthetics. Aesthetics (also spelled esthetics) is a branch of philosophy, a species of value theory or axiology, which is the study of sensory or sensori-emotional values, sometimes called judgments of sentiment and taste. Aesthetics is closely associated with the philosophy of art.
Aesthetics is the  science of how things are known by and through the senses (defined by Alexander Gottlieb Baumgarten in 1735)  taste using different perspectives, of geography, landscape, the written and spoken word, imagery-art, paintings, history and numbers to name a few headings under which we can concentrate on the beauty around us.

In 1790, Immanuel Kant defined Aesthetics in his essay-Critique of Reason. For Kant, ‘enjoyment is the result when pleasure arises from sensation, but judging something to be ‘beautiful’ has a third requirement; sensation must give rise to pleasure by engaging our capacities of reflective contemplation. Judgments of beauty are sensory, emotional and intellectual all at once.

The writer David Hume wrote about aesthetics-the delicacy of taste is not merely ‘the ability to detect all the ingredients in a composition’, but also our sensitivity ‘ to pains as well as pleasures’, which escape the rest of mankind.

From Aesthetics one passes on to cultural studies. The theme of Totalitarian and Fascist political culture which is excluvist and reductionist in it’s world-view and has led to great human suffering in the past century-be it the Holocast of the Jews, the famines in Ukraine, or the present day terror and counter-terror logic which affects our lives.

The photography course had a defined aim that by the end of the teaching one has to submit a portofolio under the following headings.

These headings made one look at the different aspects of the places we live and visit in a totally different light.

Developing on this concept in other aspects of daily living, I suggested this format for my children

AIM: To explore the aesthetic values in your house, school, work, surroundings.

Plan of the project:

Similar lists may be drawn for the school, work, urban landscape which
you see around you

Resources available:
1.Research tools-encyclopedia/internet
2.Discussions into the need to be aware of esthetics and our reaction
to different things.
3. Interview method, talking to ten people-children-parents about the
need for aesthetics. This may be done informally and our impressions
and the conversations can be recorded.

Recording sheets:
1.List of items and why they are important to me/us.
2.My initial impressions on aesthetics and my approach to them.
3. Record of the views of others.
4. How my views changed once I examined my own and other’s positions.

Demonstration charts:
1. A chart of drawings/clippings/cut-outs/photographs of things which
I value as being aesthetically appealing will be made at the end of
the month.

2.Exhibits can be made and demonstrated as a school/office project or
just stuck in the notice board in the house.

When we examine the different expressions of ourselves and the other
members in the project, it will help expand our knowledge and reflect
on our own positions.

Some practical examples from daily life. 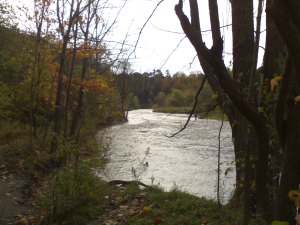 It may sound strange to you, but yes-let us examine the aesthetics of planning and logistics. In October 2006, I went to Tobruk in Eastern Libya. Standing amongst the thousands of graves I saw one of the greatest collections of art, and a most moving monument. Tobruk was the scene of some of the fiercest battles between the Allied and Axis powers. The imagery on the tombstones, with their sweet messages, spoke about life, and the tragedy of war. There was a Register at the Commonwealth War cemetery, which told of the commission in UK which organized this great monument. There was logistics and planning in every part of that place, which spoke of life and death and of the human spirit. There is a plant in front of each of the tombstones. There were people from New Zealand to Canada. As I walked amongst the tombstones…I came to the tomb of Keru Ram..that was the first Indian tombstone I came across. It was a deeply emotional moment to see that tomb of an Indian soldier who died in North Africa in the nineteen forties, so far away from his homeland.

As I moved on, I saw tombs from all over the world, from Greece, England, UK, Canada, Poland, Czechs, French. I talked to the keeper of these Cemeteries. He was a Serbian who drives to the different cemeteries and sees that the tombstones, the watering, the plants are kept in order.

When we went to the German War cemetery, we saw some beautiful sculptures and names of thousands of soldiers who died here. The words of the German Nobel Laureate Albert Schweitzer are inscribed at the entrance, “ The graves of the dead soldiers are the greatest messengers of peace”.

We found tombs of different countries, and then I took photographs of Yugoslav soldiers. I have taken thousands of photographs but this photograph is unique. When I framed it and gave it to my friend, a Serbian surgeon Dr.Dragomir, he burst into tears..

In the label of that photograph..i wrote..

The Tombs of Yugoslav soldiers.Tobruk

The significance of these tombs to you, dear Dr.Dragomir, born Jan 23,1944, became more clear to me, when one day, you told me

“ I am a posthumous child. My father died in the Second Great war before I was born”

They say, Art moves..I saw it that day, with dear Dr.Dragomir Mirkovic….a posthumous child.. “My mother was the only parent I knew..she died on May 6,1987.”

As this project involves the study of aesthetics in the house, I will go a little beyond the photographs which have so many varied stories, a collection ranging from the Tomb of Tutankhamen in Luxor Egypt to the beautiful Lodhi gardens of Delhi to night shots of Westminster from London Eye.

As proposed, I want to go beyond photographs and the stories behind them. In my room, there are four lions-the Ashoka Emblem. Look at any currency note. Look at any government message. Look at your passport. You will see these four lions of Sarnath, standing on a lotus with the wheels of Dharma and elephants and oxen between the wheels. These are the national emblem. What are these doing on my desk?

Well this is a momento given by the Armed forces to my father, on his retirement-on April 4,1996, after 33 years of service. He joined the Army on 1st July 1963.

This momento with the four lions, is a unique emblem, not found in many households, especially civilian households. This is the symbol of our Indian nation. When I came to India in May 07, I collected this momento which I had kept with my photography teacher Tirtha Das Gupta. In the photography school, there is a bag full of items which we use to take close up photographs. I gifted all those items, which included a Lady with a candle from the Soviet Union, an emblem of the 1980 Moscow Olympics, an eagle, a deer from Tripoli.  The only piece which I kept with me was the momento given to Brigadier P.N.Bhatt on his retirement. I carried it with me, to Tripoli.

It now sits in my living room.

I have some statues, the bust of Father Agnel, thousands of interesting photographs, sea-shells, flowers, lamps, carpets, but this piece is one of the most special of all pieces.

A symbol and a message of our roots and heritage.

Books are another treasure. A monk of yesteryears, once said, “ A monastery without books is like a fort without an armory”. And one will do well to arm oneself with books and knowledge. That is the key to success in life. And if you can inculcate a habit or regular study, revision and reading, preparation, you will go very far in life.

I have many special books. These are unique books, from the world of Taschen  or the works of Chris Bonnington. If one has to discuss aesthetics, I will choose Bonnington’s “Quest for Adventure” which chronicles the greatest adventures of the second half of the 20th century ranging from the first successful climb of Everest on May 29,1953 to the Man’s landing on the moon in July  1969. The first crossing of the Antartica by Vivian Fuchs and Edmund Hillary in 1958, (there are beautiful maps in the book) to the solo circumnavigation of the seas by Francis Chichester in his yacht called Gipsy Moth. He started on August 27,1966 and covered 29630 miles in 226 days and returned to Plymouth, from where he had started, in May 1967.

And there is one common thread through all these, ranging from Tobruk, to Ashoka emblems, to books on adventures by Chris Bonnington. They all entail logistics, planning and a lot of concentrated efforts.

I have a book of the collected works of Leonardo Da Vinci, one of the greatest minds ever to live.

His manuscripts show how he carefully noted down his observations, made careful planning of the things he will draw and write about and then execute his plans. Have you heard of the most famous painting of all time-Mona Lisa. Leonardo painted that. But in the background is a river landscape which makes this painting even more special. Monalisa, as it is popularly known is the portrait La Gioconda which Leonardo Vinci painted over 10 years from 1503 to 1513. In the background is the valley of the river Chiara. The blending of the forms of nature and the human form makes this painting very special.

Which amongst the arts and relics, is the most long lasting and greatest? The American  writer Henry Thoreau wrote, “A written word is the choicest of relics. It is something at once more intimate with us and more universal than any other work of art. It is the work of art nearest to life itself. It may be translated into every language, and not only be read but actually breathed from all human lips;- not be represented on canvas or in marble only, but be carved out of the breath of life itself. The symbol of an ancient man’s thought becomes a modern man’s speech.”

The journey which took a definitive shape on joining Tirtha Das Gupta’s “School of Fototechnik-Delhi “ photography course has added richness to life in many ways, which one could never have imagined, when this journey started.

5 Responses to Some notes on Aesthetics