Posted on December 9, 2017 by prashant bhatt

No man stands so tall

As when he stoops to

The Santa Parade in Mississauga –Erin Mills made an occasion for many layers of discussions and reflection about the way life and community are organized in Peel-Halton regions.

“My husband became involved with the band of Burlington after my son joined the music lessons in high school” – a Scottish origin lady, who came to Canada when she was five years old told me, over a conversation in Brant street,Burlington.

For the past two months, I have been going on the 403 West towards Burlington and Hamilton and have had some interesting conversations with Canadians who are more rooted in this society than the recently migrated Canadians who have come only a few years ago.

Talking to her, made me remember one Indian-Canadian friend and mentor who had told me when my family shifted here in 2012,

“Three years is regarded as a newcomer here. It takes time to settle down.”

He himself came here around 20 years ago.

“My son is now 26, so that makes it 15 years ago when my husband started learning to play the Bagpipe. For the first two years, he was just kept to get the orientation,” she told how her husband started playing this instrument when he was in his forties, and gradually, after a few years, was allowed to play in the Burlington Band, and now has been going to different occasions in Halton region, to Guelph, Burlington, Hamilton to play on different occasions.

This conversation led me and my son Sahil to the Erin Mills area where we attended the Mississauga Santa Parade. It was an interesting mix – and yes- we did see the Bagpipers in action.

This year, we did the Great course on “Life Lessons from Great Books” (will discuss in detail in a later blog).

After the Parade- we went to a Tim Horton and discussed the books which my son has been told to read for the English project-Grade 12. The students are supposed to read and discuss one book of Classic literature, one Canadian author, and a spiritual religious book. Sahil selected- Persuasion by Jane Austen, The Day the Falls stood still by Cathy Buchanan, and Dhammapada. Later we discussed some excerpts from Naipaul’s essay – The Ghost of Eva Peron- in which he writes about the philosophy of the writer Borges. 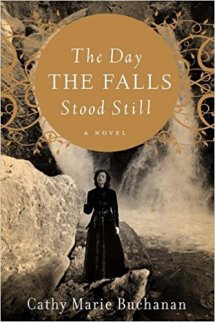 DO YOU KEEP A READING JOURNAL?

A reading journal can enrich one’s reading in many interesting ways. In the  coming entries we will look at some of the works discussed in – Life Lessons from Great Books- and how keeping a reading journal increased our appreciation of these.

This national Award winning movie, directed by M S Sathyu, with dialogues written by Kaifi Azmi, based on a short story by Ismat Chugtai, shows the struggles of a family of Muslims in United Provinces-Agra region- when they decide to stay back in India

A psychologist, interested in mindfulness practices. I practiced medicine as a radiologist for 23 years in India and Libya as a radiologist before shifting to Canada. A regular diarist, journaling since 1983 Reading journal : gracereadings.com
View all posts by prashant bhatt →
This entry was posted in Canada 150 years, Diary and tagged Canada 150, Santa Parade-Mississauga-2017. Bookmark the permalink.