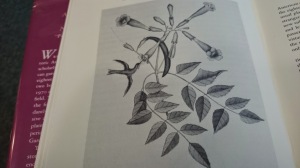 Following the details, one finds out why my friend is ANGRY

Every man`s life ends the same way. It is only the details of how he lived and how he died that distinguishes one man from another.

Papa Hemingway: the ecstasy and sorrow

Mentoring questions led me to try and see how young children from the Indian subcontinent living in Libya relate to Gandhi-ji. Asking questions about Kwame Nkrumah-the African Lenin-and Senghor to children from Africa were further steps.

In previous blog we had talked about –Emptying the cup- http://wp.me/piL5Q-IV so that one can fill one’s life with significance.

The –Reading group- (see https://prashantbhatt.com/tag/tripoli-reading-group/) I formed many years ago, has been a tool to interrogate and create dialogue at multiple levels.

Let us call him BJ-

“An employee cannot be an entrepreneur”

Having Orange juice in Ben Ashor, he had tried to get me into following his theme of building hospital franchises. When I did not go out of my “Shell” or “Fort” of running and developing medical departments, he blurted out half in frustration, half in mockery-

“An employee cannot be an entrepreneur”

I smiled and chose not to reply to this man in early middle age, but have been following his story over the years.

The said project of hospital franchises is still to materialize, with a “Revolution” and a NATO bombing and an on-going civil conflict coming in the period.

I met him again recently and inquired on his Entrepreneurship again.

“I am still trying to recover the money of the ambulances I had arranged a few years ago. They say that the money allocated in the  budget two years ago has been returned to the ministry. ”

He is still running around in circles.

And he is Angry

Following the details of this informal mentee, has added richness to life. He is not a formal reading group types. But seeing how he negotiates through various layers of society-expatriate and local, in a war torn country have many lessons.

Made me remember the life and times of Hemingway- and how these experiences were portrayed in his fiction.

Ruslan Mammadov- writes about Hemingway’s- World War 1 years in an interesting and educative manner. Around a hundred years down the line, what some people call-World War III- one sees the effects on the ground in one of the post-Arab spring countries-Libya

“ Upon leaving the US, Hemingway first traveled to Paris, and then received orders to report to Milan. A short time later, he moved to the town of Schio where he worked driving ambulances. While delivering chocolates and cigarettes to soldiers on the front, Hemingway was seriously injured on July 8, 1918 by fragments from an Austrian mortar shell. Though badly wounded by the mortar, and hit by machine gun fire as well, Hemingway worked to secure the safety of his fellow soldiers, getting them out of danger. The Italian government later awarded him the Silver Medal of Military Valor for his heroic actions.

Hemingway spent time recovering at a hospital in Milan, where he met Agnes von Kurowsky, a nurse originally from Washington D.C. She was six years older than Hemingway, but nevertheless he fell in love with her, and planned to take her home to Oak Park. Hemingway fell in love with her, but their relationship did not survive his return to the United States. Hemingway’s personal experiences would be used in his fiction.

At this point of view, we may see here how Hemingway’s wrote his early novels, like he share his own secret with his novels”

“They had a system then. There was pressure on the authorities from the diplomatic channels, but in reality I got out because my versions were corroborated by the then authorities.”

BJ remembered the days during the Feb 17 revolution when he was one of the foreigners who was detained by the authorities.

He talked about the time when he was interrogated for hours, what he said was written down and then verified. He went away from Libya for a few months after being released. But his family stayed on.

He has not given up yet. Still trying to have a maintenance company in the war torn country, trying to service different departments in hospitals and keeping the equipments running. He does not like the attitude of throwing away equipments which can be used if maintained . But some powerful people would like to buy new equipments, for obvious reasons.

My friend BJ..is angry, and there are many reasons.

A psychologist, interested in mindfulness practices. I practiced medicine as a radiologist for 23 years in India and Libya as a radiologist before shifting to Canada. A regular diarist, journaling since 1983 Reading journal : gracereadings.com
View all posts by prashant bhatt →
This entry was posted in Everyday History, life, Tripoli Reading Group and tagged Diary, Education, Libya, Tripoli, Tripoli Reading Group. Bookmark the permalink.